The solitaire diamond ring is often used for the engagement ring and is an absolutely classic product. The diamond here is not set in the ring, but crowns the ring band as if it would float on top. This type of joining develops a particularly fascinating light refraction by the precious stone as light can also penetrate the stone from the side. As well as the popular chaton setting with four or six rounded claws, depending on taste a round bezel setting is also available. 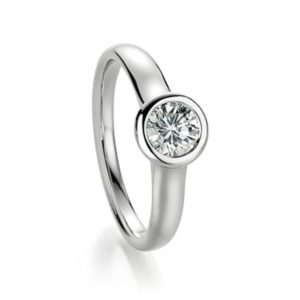 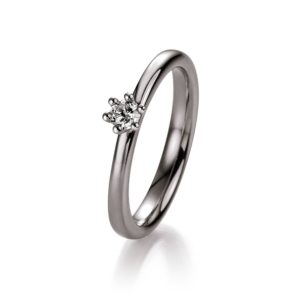 In Germany, the idea of presenting an engagement ring is a new but beautiful tradition which was passed from the US in recent years. Engagement rings are probably some of the most beautiful presents you can give your partner. There are many design possibilities for rings used for a marriage proposal. One which is especially beautiful and fascinating, however, is quite clearly the solitaire. The most common solitaire setting is the chaton setting comprising four or six beautifully rounded claws which develop from the ring band. The diamond here appears to almost float in the setting. In the version with six claws, the diamond in the proposal ring appears to be held by a crown. In addition to the classic claw setting Fischer also offers round bezel settings. 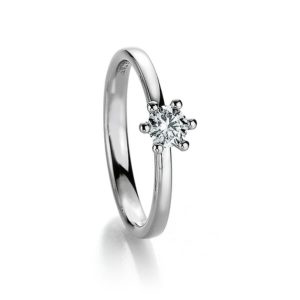 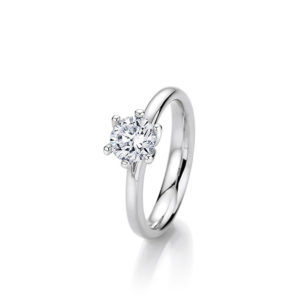 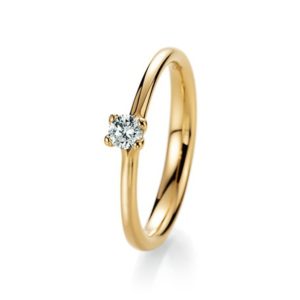 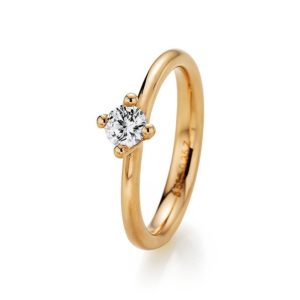 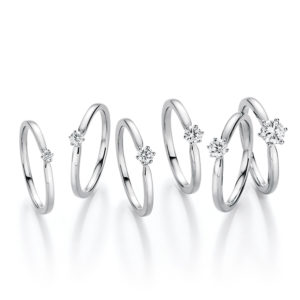 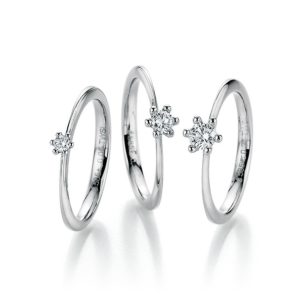 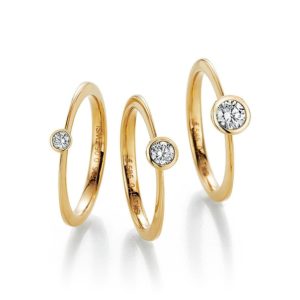 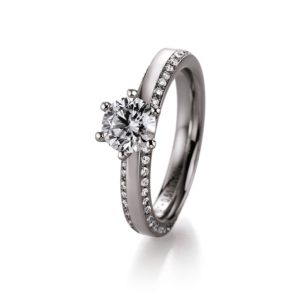 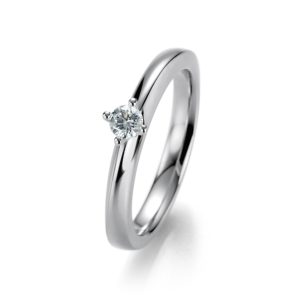 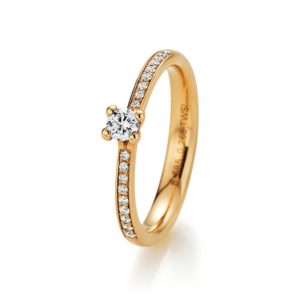