In 2018, the 21st Leibniz-Ring-Hanover award was presented by the Hanover press club. The expert jury of the most substantial German competition for jewellery designers was this year represented by Dr. Sabine Schormann, general director of the documenta exhibition in Kassel.

This year’s competition was won by Alena Jakunina Uthe and Nico Starke from the company J. Fischer & Sohn KG. who gained first place with their jewellery piece in night-black carbon and palladium against competition from 21 other participants from all over Germany. Last Tuesday (November 20, 2018) the award and the 3,500 euros prize money were presented to them by the secretary of the press club together with high praise.

About the prize-winning ring
A ring which bears witness to history – made to immortalise memories and honour the wearer and name giver.
The history of the division of Germany as experienced by Klaus Meine as an artist and his world-famous song “Wind of change” which was influenced by it, were taken up on the inside of the ring. The circular running theme symbolises the totalitarian system of socialism consisting of captivity and simultaneously a show of brotherliness between communist allies. This is contrasted with aspirations of peace and freedom between East and West Germany. These aspirations were expressed by J. F. Kennedy in 1963 with his famous words “I am a Berliner” and are part of the picture story.

Hard shell, soft core
The ring made from palladium 950/- and encapsulated in carbon is full of symbolic power. While carbon itself stands for the indestructible, adventure and discovery of the new, the deep black expresses masculinity and rock and roll. The robust carbon protectively surrounds the star of the album cover of “Wind of Change”, whereby the star at the same time is a guiding force and a symbol of protection and in connection with the set diamonds represents eternity.
As a special feature, ball bearings are integrated in the design to enable rotation of the inside of the ring. This trick is reminiscent of an endless chain and correspondingly takes up the initiative developed by Gottfried Wilhelm Leibniz – the endless chain of the extraction of ore in mining.

The external ring consists of wound carbon fibres which surround a star in 585/- apricot gold and a set diamond (0.023 ct. G/Si). The circular internal lettering is made with a laser and filled with a composite material based on ceramics in full night-black. Small applications are highlighted in colour.

The board of trustees indicates the reasons for its decision as follows: “Klaus Meine is a composer, songwriter and singer. The Rolling Stones, Beatles and The Who were his role models. As frontman of the Scorpions with over 100 million sold records and almost 50 years of performing on stage he has contributed to the history of music. He used his international popularity and acceptance to build cultural bridges across country borders and across ideological lines. As a result, he was able to motivate people around the world to show tolerance and enjoy a peaceful coexistence. The song “Wind of Change” which is one of the most successful singles made by a German group in the history of pop was composed with words to be a timeless hymn for peace. Friends and foes listen to his songs and feel connected through his music. Klaus Meine the world star is a bridge builder and an ambassador of peace. Over 25 years he has worked intensively with foundations and charitable organisations. He is founding member of the Nordoff/Robbins foundation, sponsor of the Lower Saxony cancer foundation, and ambassador of the German José Carreras leukaemia foundation. He is committed to the international foundation for neurobionics and UNICEF”.

Wolfgang Fischer, managing director of J. Fischer & Sohn KG adds: “At the Fischer company we are very proud of our two goldsmiths Alena Jakunia Uthe and Nico Starke and are happy that we are able to offer our employees such fertile ground as an outlet for their creativity.”

About the Leibniz-Ring competition
The Leibniz-Ring-Hanover award is presented to personalities or institutes which through exceptional performance have made a name for themselves or through their life’s work have made a special contribution. The award is made in memory of the universal scholar Gottfried Wilhelm Leibniz (1646-1716), who came to Hanover in 1676 and until his death was a practising mathematician, politician and diplomat. In 2017 the ring was awarded to the entrepreneur Prof. Dr. Hans-Georg Näder.

About Fischer Wedding Rings
The Fischer & Sohn company has been manufacturing enchanting wedding rings since 1919, made with traditional craftsmanship, an attention to detail and the highest precision.
Fischer is seen as a pioneer in the area of design and produces wedding rings for many varied tastes. Models with modern materials such as FischerCarbon® or models with floral designs all have one thing in common: they are 100% Made in Germany. This is the only way to combine fast reaction times and flexibility with world class quality.
Further information is available at www.fischer-trauringe.de. 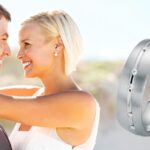 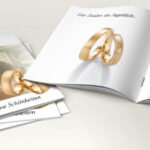 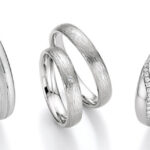